The high-precision thermometer MIJ-NLTP by simply applying a power supply voltage and outputting a voltage and MIJ-NLTP realizes high-precision temperature measurements. It can be used at temperatures other than atmospheric temperature, soil temperature, and high temperatures that do not exceed 120 ° C.
Generally, it is a standard practice to use a resistance temperature detector (platinum thermometer) to measure temperature with high accuracy, but since it is a principle to use the temperature characteristics of the resistance value of Pt as it is as a thermometer, it is actually used.
In atmospheric measurements, with a Pt100 probe with a wind speed of 0 m / s and an outer diameter of 3 mm, the error due to self-heating when a current of 1 mA is passed is often +0.1 degrees (De Podesta et al. [1]). This issue is historically ignored and still ignored now on. Since the mid point of the calibration of Pt100 is performed in water, the above error exists in the atmosphere even if it is Pt100 after calibrationdue to the difference in heat capacity between air and water. With Pt1000, the current consumption is equivalent to 10 times that of Pt100, so it cannot be ignored. This issue can only be reduced by reducing power consumption and cannot be improved with a resistance type thermometer.
MIJ-NLTP reduced power consumption to 12μA ( temperature sensitive part.). It means self-heating be +0.0012 degrees.
+0.1(degree) * {12*10^6(A) / 1*10^3(A) = 0.0012(degrees)
In addition, it requires the incorporation of external wiring such as full or half bridges and shunt resistors, making the connection to the data logger a complex task. Or use a dedicated data logger compatible with Pt100, which is generally expensive and not versatile. MIJ-NLTP is a next-generation IC thermometer capable of high-precision temperature measurement, and can be easily connected to a general-purpose data logger without the need for such complicated work.

・Output range from 520 to 1375 mV. This is ideal for the measurement range of many general purpose data loggers

・Resin is used for materials other than thermowell. It reduces effects of radiant heat from the outside 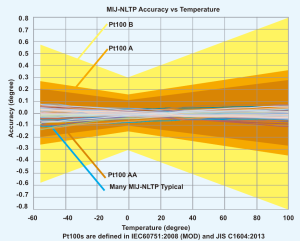 The voltage output for NLTP temperature is given in True Temp (deg.) In the error table located at top of this page. This is the true value. This temperature characteristic is not a linear relationship, but is expressed as a cubic expression as a result of calculation by the least squares method.

We have prepared an NLTP Calculation sheet that allows you to easily perform calculations simply by inputting the voltage output. 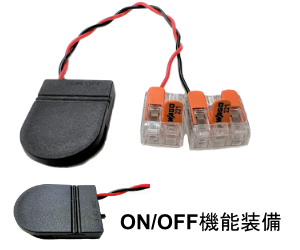 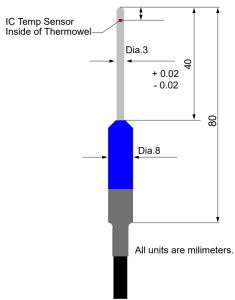 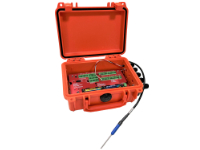 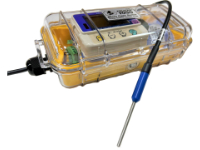 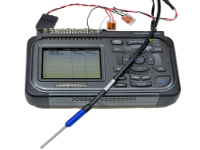 Compatible with third-party loggers (Logger must have functiion of Input F.S.0~5V) 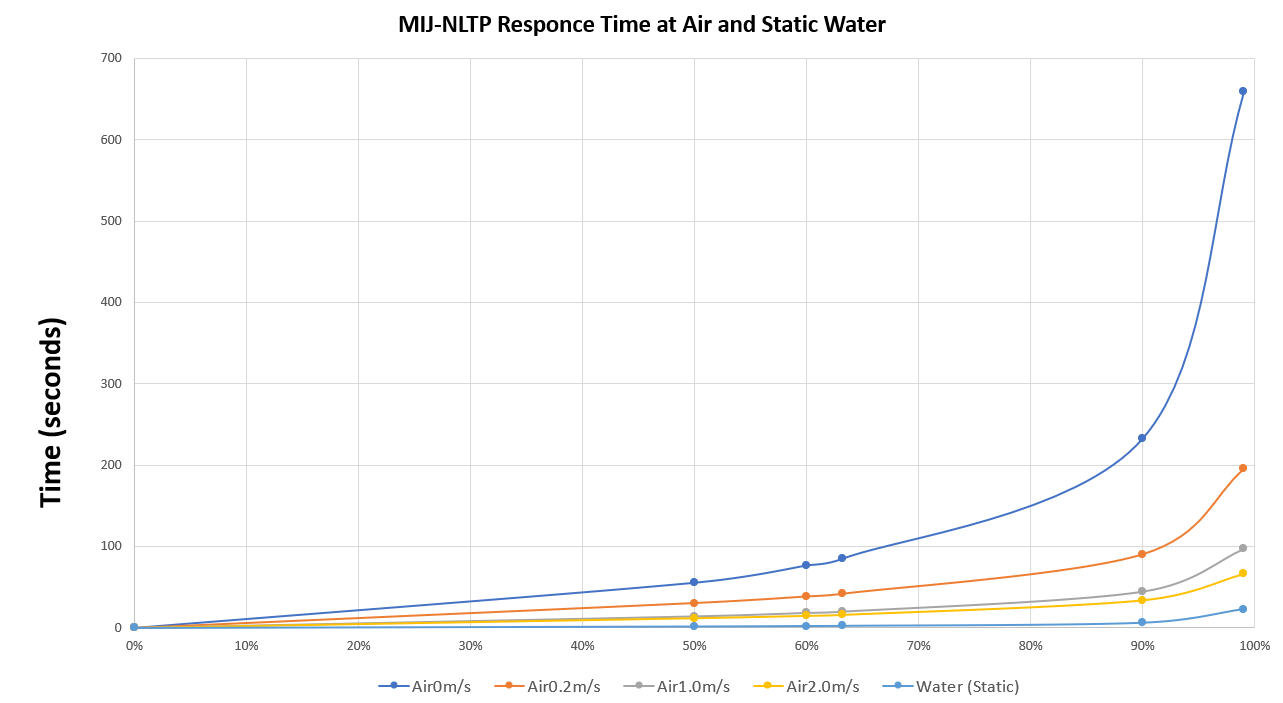